The benefits of upgrading to Windows 10 now

Despite the fact that Windows 7's end-of-life support is approaching fast, some small- to medium-sized businesses (SMBs) may have a hard time upgrading to Windows 10. The good news is that Microsoft will continue providing premium features and security updates for Windows 7 until 2023 but only for Professional and Enterprise users. That means you can still use Windows 7 past its end of life as long as you pay for extended support. However, it's best to upgrade your system to Windows 10 as soon as possible, so you can take advantage of these benefits.

Benefits of upgrading to Windows 10

This benefit can be summed up in three words: faster boot times. In fact, many devices running on Windows 10 boot faster than devices running on macOS, which is known for its remarkably fast boot times. The improved speed is largely due to DirectX 12, which improves upon Microsoft systems’ capability to play audio and render video, essentially giving your devices a significant speed boost.

If you've tried using virtual assistants like Siri on an iOS device or Google Assistant on an Android device, chances are you're familiar with how hands-free interaction with your technology works. Windows 10's virtual assistant Cortana can perform different tasks for you after you issue her voice commands. Saying things like, “Hey Cortana, set an alarm for 5:00 in the morning” or “Hey Cortana, how's the weather today?” will get you a response or action from your computer without you having to touch a keyboard or mouse.

But Cortana is more than just an assistant with a pleasing voice. She’s also equipped with a Notebook function, which keeps track of your interests, posts information such as traffic conditions for your commute route, gives local weather updates, and even keeps you posted on the latest stats of your favorite sports teams.

Windows 7 users don't have access to the Microsoft App Store. This Windows 10-exclusive hub helps you look for apps that you can download and use for a variety of tasks. These apps run in their own sandboxed window or in full-screen for better security, unlike the programs you would install from optical discs or download from third-party websites. Apps downloaded from the Microsoft App Store also integrate with Windows 10's Action Center for desktop notifications or built-in sharing between other compatible apps.

You can customize your Windows 10 experience further with enhanced media and productivity apps, including Calendar, Mail, People, Maps, Music, Videos, and Photos. What’s more, all apps from the Microsoft App Store are regularly updated with new features or security protocols.

For those who are still running the Windows 7 operating system, this is a reminder that you only have until January 14, 2020 to get security updates and support from Microsoft. Security patches are currently still available for Windows 7 PCs. These updates were designed to help safeguard your computer against exploitative coding and malicious activity from hackers’ malicious exploits.

The specialists at Complete Technology can help secure your networks and much more. Our company redefines IT services for customers in Kansas City by letting them concentrate on their business, not IT distractions. Contact us today to get a free consultation. 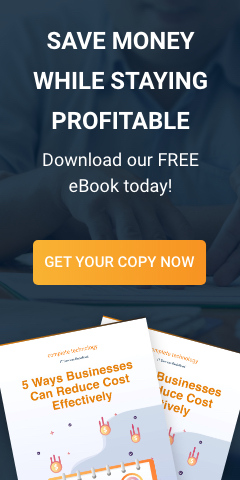